We are honoured to been invited by Garçon Taupe to produce the video for the title track of his new EP The White Spider, out on the Enfant Terrible label. Shot entirely from the hip during numerous hot and humid summer nights in Hong Kong. Please sit back and enjoy the result.

P.S. The American music and video blog LiveEyeTv gave the video a favourable review as well as a mention from underground music blog Yeah I Know It Sucks.

The Dutch ministry of Economic Affairs asked Schone Vormen to design a z-card for their campaign Allow artisan shopkeepers more time to do business. Despite the compact size, we managed to arrange a sizeable amount of information in a clear and visually attractive manner. 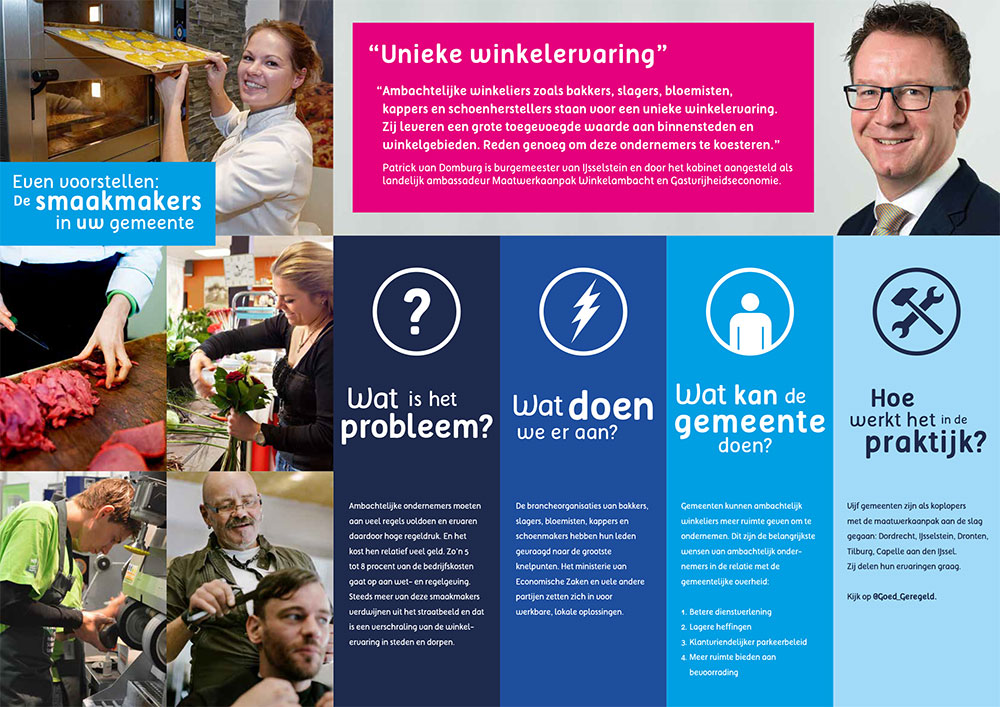 Schone Vormen recently completed the design and layout for the Child Notices. The aim of these reports is to provide information to different stakeholders, such as lawyers, judges, immigration authorities and legal guardians, regarding the living circumstances of children in specific countries. Among others, the Child Notices are used in asylum procedures when a decision has to be made whether a child can stay or has to return to their country of origin. Child Notice reports have been published for Albania, Guinea, Morocco, Sudan and Afghanistan in both English and French.

We tweaked the existing layout and made several minor but significant modifications in order to make the publication more attractive, consistent and clear, which positively improved the reading experience. Furthermore, as the report contained a large amount of footnotes, figures and tables, accuracy in layout was of the utmost importance.

The Child Notice reports can be downloaded from UNICEF The Netherlands.

The debut novel of writer Tonny van Wijhe, Uitstap (rough translation: Way Out), tells the story of an impulsive journey to a meaningful destination laden with feelings of recognition, joy and sorrow. The design, layout and production was executed by Cyril of Schone Vormen. The book is currently in its second edition and will most likely be published for the third time. The different editions can be distinguished by their different inside page (the visual featured above is from the first edition).

Visuals from Tonny’s website en Facebook page were designed in the same style as the novel and show scenes which will definitely be familiar for those who have read the book, making it a transmedia experience.

The second edition of Uitstap is almost out of print, although there still a few copies left (Dutch only). These can be ordered directly from the author’s website.